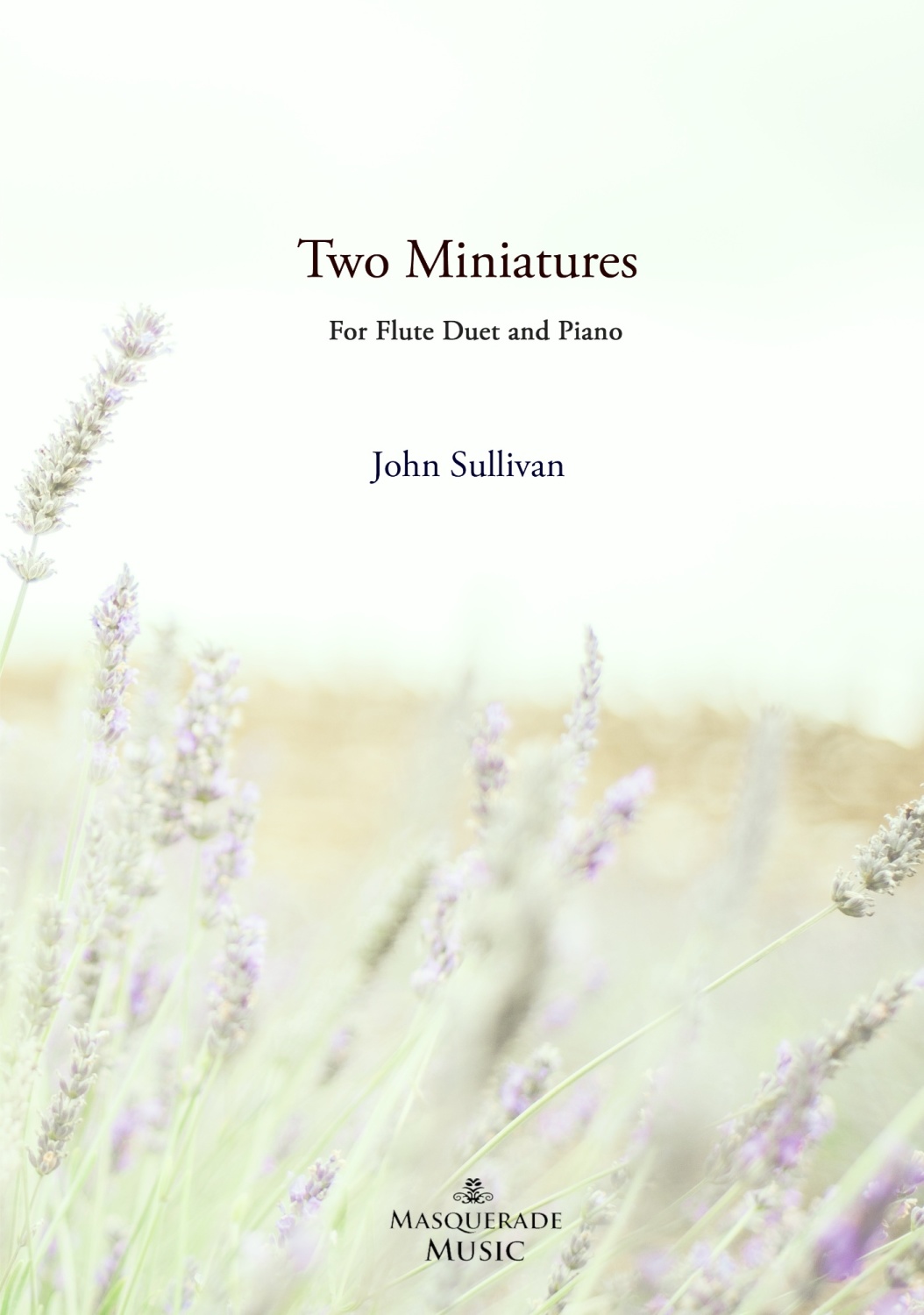 A beautifully enchanting Two Miniatures for two Flutes (in C), and piano. There is also the option should you wish, to perform the second miniature on two Piccolo's with piano as the composer (John Sullivan) originally wrote it to sound an octave higher.

The Petite Valse (around grade 4-5) delightfully dips and turns; almost like two fire flies playing out a flight of fantasy; with both flutes interweaving effortlessly. Although the waltz is mainly of major tonality, there is a brief excursion into the minor.

Echos Féeriques (Fairy Echoes, around grade 6+) is delightfully playful, and mainly built on a call and resonse theme. Largely grounded on a quirky 5/8 metre, again, the flute parts are well written to compliment and interact effectively. Part way through there is a joining of sorts and the call and response becomes one song.

The composer wrote the Miniatures to be accessible to performers, yet also adding enough challenge to develop the players. A piano accompaniment part is included along with two seperate flute parts, and a 'duet view' (both flutes) layout part too. We have also included (for practice purposes) an easy Echos Féeriques piano accompaniment as a practice 'step up' part for practicing pianists. This is only intended as a practice aid, and not for use in performance as valuable harmony is lost.

The book also contains a CD which features full demonstration tracks (complete, and seperate miniatures), Flute 1 with piano, Flute 2 with piano, and piano only. This means you and a partner can play along to the piano only track, or play your flute part along with the piano and other flute part track.

Recommend this to a friend  +

Orders are welcome via our online shop or alternatively you can contact Masquerade Music on +44 2033849984 (UK) . In the event that we are not available to take your call, please leave a message with your name and number and we will call you back as soon as possible.